With the dramatic rise of remote work, distributed teams are becoming more the norm than the exception for many businesses around the world.

It doesn’t matter if it’s a small startup or a large corporation, businesses are discovering that they can assemble a distributed team and be just as successful as they would be if all their employees physically reported to the office every day.

But what exactly is a distributed team? And how does it compare to a remote team?

In this article, our experts at Inch answer those questions, discuss the differences between the two, and highlight the importance of communication for all your employees.

What Is A Remote Team?

The dictionary definition of a remote team is:

An arrangement in which an employee, or group of employees, works mainly from home and communicates with the company via email, telephone, or other digital medium.

That’s a pretty accurate and useful definition, with one small exception: the use of the word “home.” Remote team members don’t necessarily have to conduct their work from home.

They could work from anywhere, really — the library down the street, a booth in a corner cafe, or even a moving train. The point being that they don’t report to a central location and don’t work face-to-face with their coworkers every day.

Here’s a more accurate definition of a remote team for the digital age:

An arrangement in which an employee or group of employees works mainly from an alternate location and communicates with the company via email, telephone, or other digital medium.

Changing one small word opens up a long list of options for you, your employees, and your teams to create a unique work situation that is specifically tailored to your business.

Think of a remote team as an umbrella term for any arrangement in which your employees work from an alternate location and don’t report to a common, physical office every day.

Underneath that umbrella term exists different degrees, types, and combinations of remote work. We’ve broken down those options into two categories. Within those broad categories are numerous opportunities for variation and customization — including the distributed team.

This category of remote team starts with the traditional business model in which your team members report in person to a physical office during the workweek.

Within that traditional model, your business may then decide to extend the option for employees to work from home (or an alternate location) if need be.

In this arrangement, your business may require all employees to report to the office at least one or two days per week for meetings and the like, but they conduct the majority of their work offsite.

For example, an entrepreneur starts, builds, and manages their business from home, while all the employees who work for that business do so from remote locations (perhaps even other countries).

With a remote team like this, physical location doesn’t matter.

With this true remote work option in mind, let’s discuss a variation that is becoming more and more popular these days: the distributed team.

What Is A Distributed Team?

A distributed team is a group of employees who work together as a unit but do not conduct business from the same physical location.

Sounds similar to the remote team, doesn’t it? Remember, though, that “remote team” is an umbrella term for the different types of remote work. A distributed team is, by its very nature, a remote team, so it’s no wonder they share a similar definition.

That said, a distributed team takes remote work to a different level. Here’s an example that provides a little more clarity into the arrangement. For this example, we’ll assume that all employees are working remotely unless otherwise specified.

Imagine that your business has three locations in the United States: one in Boston, Massachusetts; one in Denver, Colorado; and one in San Diego, California. Each of these locations employs about 100 individuals.

You work from the San Diego office and manage a team of 12. Four of those team members work with you in California. The remaining eight team members are divided equally between the other two locations — four in Massachusetts, four in Colorado.

Together, you and the twelve others form a distributed team.

You can even pull more from one location and fewer from the other two locations and still have a distributed team.

Problems arise, however, when you concentrate the bulk of your team in one location and have them working face-to-face at least some of the time. When this happens, you no longer have a distributed team — you’ve got a core team and group of remote workers.

It all comes down to proximity and communication, which brings us to the difference between the distributed team and the remote team.

The number of people working in close proximity to their coworkers and how they communicate might not seem like an important distinction, but it can actually mean the difference between a united team and a fragmented team.

The distinguishing factor between a distributed team and a remote team is the primary means of communication that the majority of the group uses.

Going back to the example in the previous section, when you have a fairly even distribution of members from each location (i.e., San Diego, Denver, and Boston), the team relies on collaboration and communication software to get the job done.

If, suddenly, you take on 15 more team members at your San Diego office (working together in-person), the bulk of the team relies on face-to-face communication to solve the majority of problems, while the employees from the other locations communicate online or via telephone.

As we touched on above, you now have a core team in San Diego and a group of remote workers in Denver and Boston.

To help clarify what’s going on, let’s look at it from the perspective of the remote team member. By definition, a remote worker is a team member who simply isn’t in the office.

Many new businesses start this way. The owner operates from one location and employs freelancers from other locations to do a specific job within the company. If all of the freelancers work from different locations (not in a central office), it’s a distributed team.

If the owner then hires 10 employees to work with her in an office, she’s created a traditional team with a remote team floating around the edges.

If not managed correctly, both the remote team and the distributed team (whichever you employ) can start to feel alienated and isolated because the main method of communication and collaboration changes and leaves them behind.

When you manage a distributed team — regardless of team size or employee location — it’s vital to keep everyone in the loop to avoid marginalizing certain individuals and fracturing the unity of your team.

Communication And Your Distributed Team

Whether you’re scheduling your team members, monitoring the progress of your team’s tasks, or gathering data for payroll, it’s vital that you maintain the lines of communication with your employees. Inch can help.

With the team management software in the Inch app, you can guide your entire staff — be they on-site, in the field, or part of a distributed team — in the right direction in a timely and cost-effective way.

You can also help them stay productive and support them in their daily work, while simultaneously leading your business towards better growth. It’s a win-win for everyone involved.

Inch even helps you improve your own efficiency by allowing you to create, save, and reuse task templates for recurring work assignments, schedules, and shifts so you don’t have to start everything from scratch.

Then, you can break down tasks into specific actions and distribute checklists so your team can easily meet expectations.

And that’s only the tip of the Inch iceberg. With Inch, you also get:

When it comes to organizing, managing, and optimizing your workforce, there’s no better suite of tools than Inch. Take your team management software to the next level by downloading the Inch app for free today.

Regardless of the industry, Inch can keep you and your employees organized and focused on the project at hand. That can make managing a distributed team easier and less stressful for everyone involved.

For more free resources to help you manage your business better, save time and energy, and keep your team on task, visit TryInch.com today.

Get employees accountable and easily control the quality of the work

Try Inch — a free scheduling tool that solves these issues. 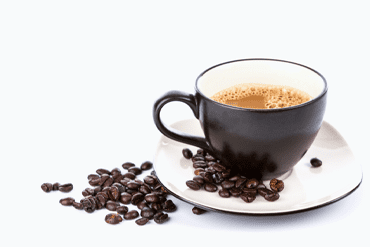 What Is Job Management? | Everything You Need To Know

Whether your company just opened its doors today or you’ve been in business for decades, you need job management... 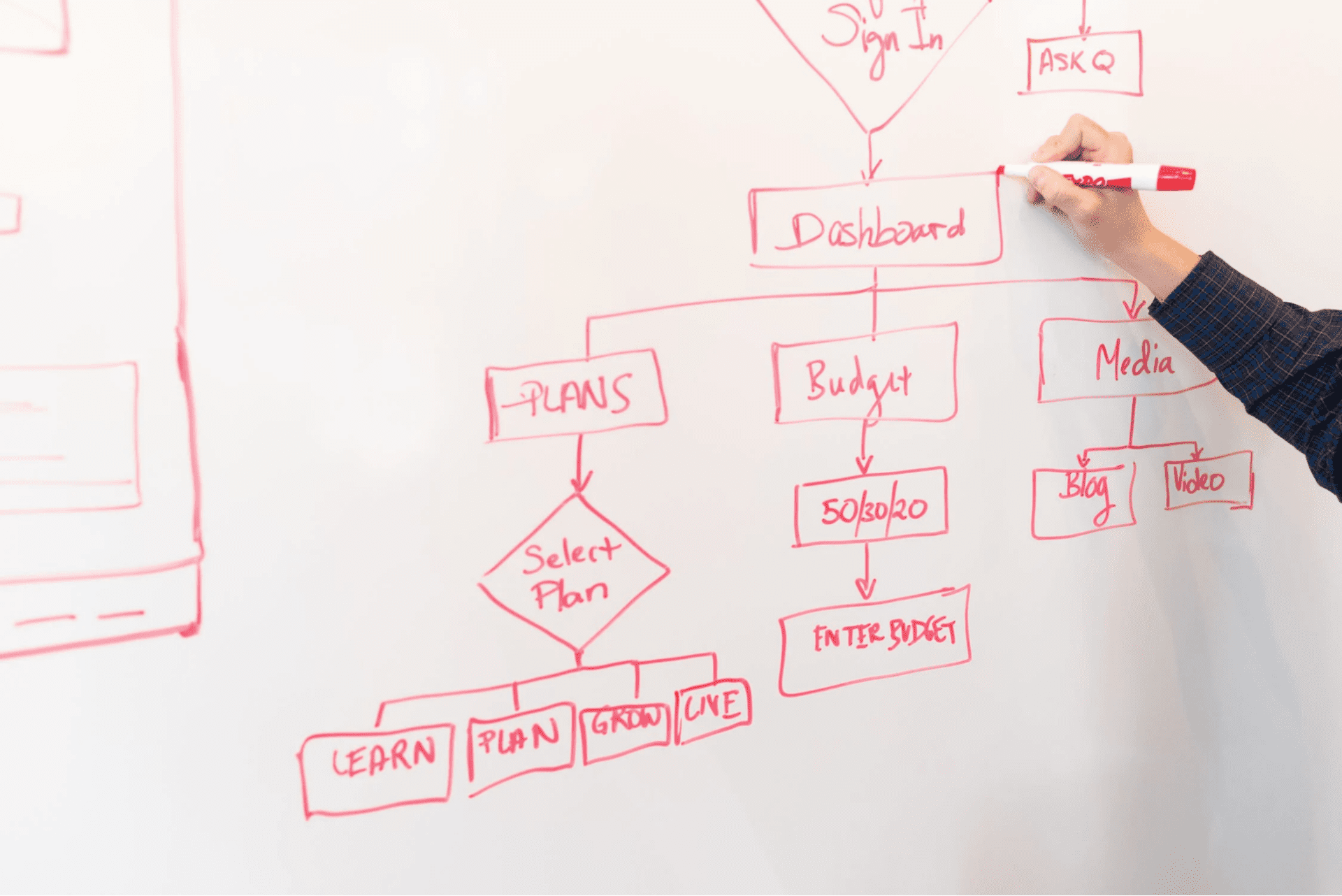 If you’re new to the concept of operations management or would like to improve your knowledge on the subject, we’re... 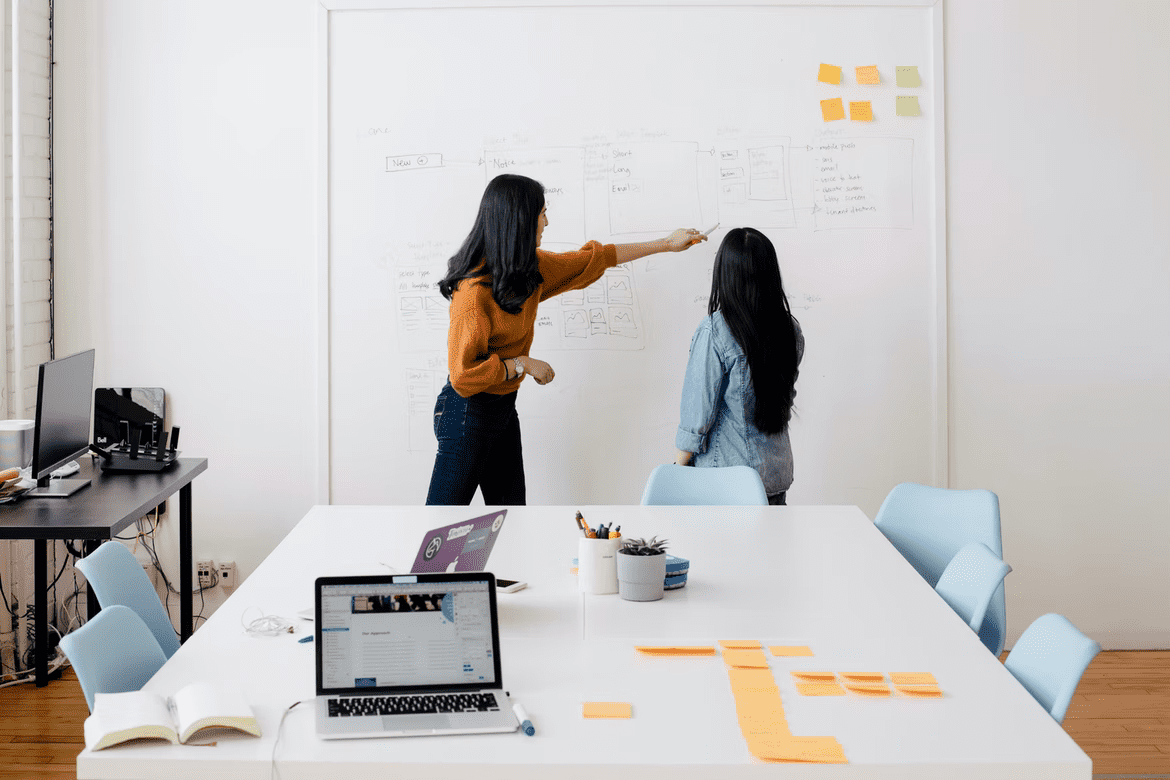 Distributed Workforce: What It Is And How To Manage It

The distributed workforce model is expanding as companies rethink their workstyle for success in the future. Here’s how... 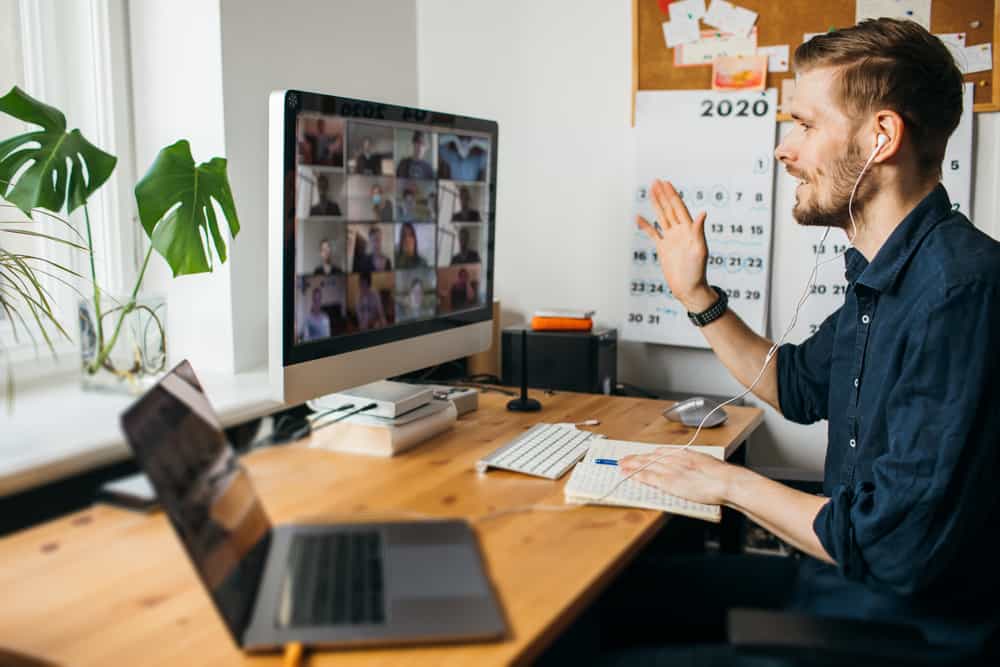 For companies whose work depends on physical assets such as manufacturing machines, heavy equipment, vehicles, and even... 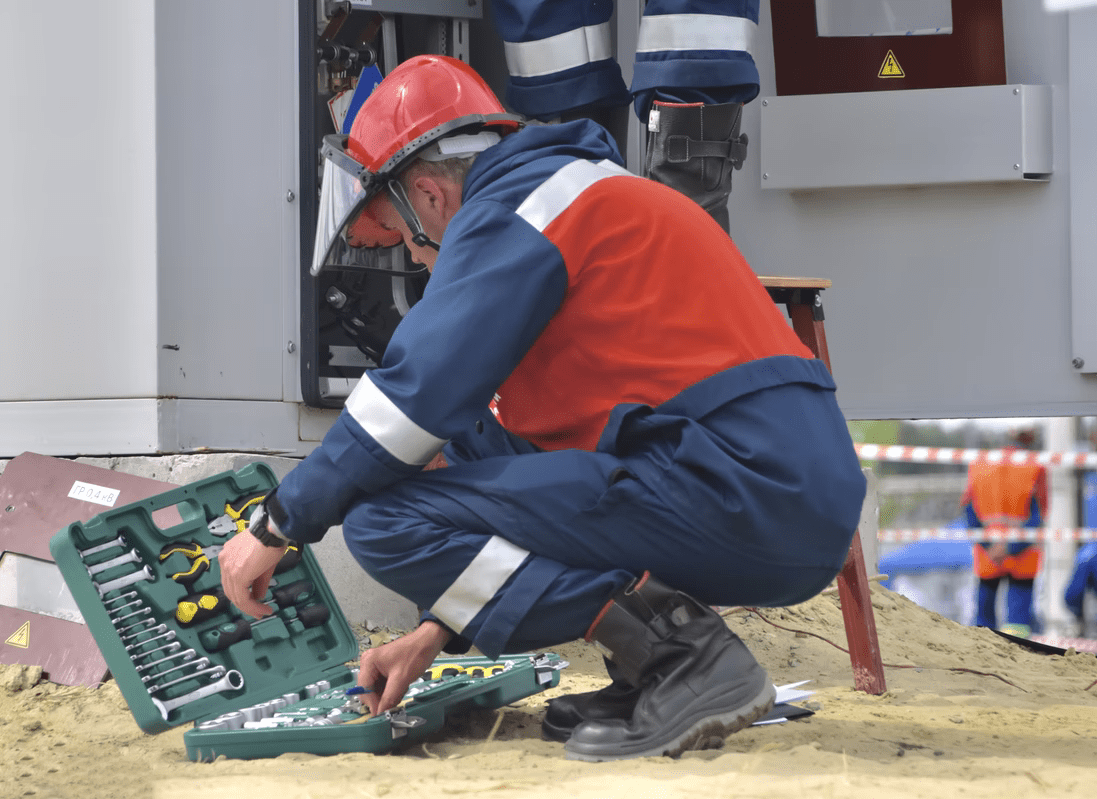 6 Effective Tips To Improve Time Tracking In Your Business

Don’t let time tracking become a speed bump in your team’s workflow. In this article, we discuss tips to help you... 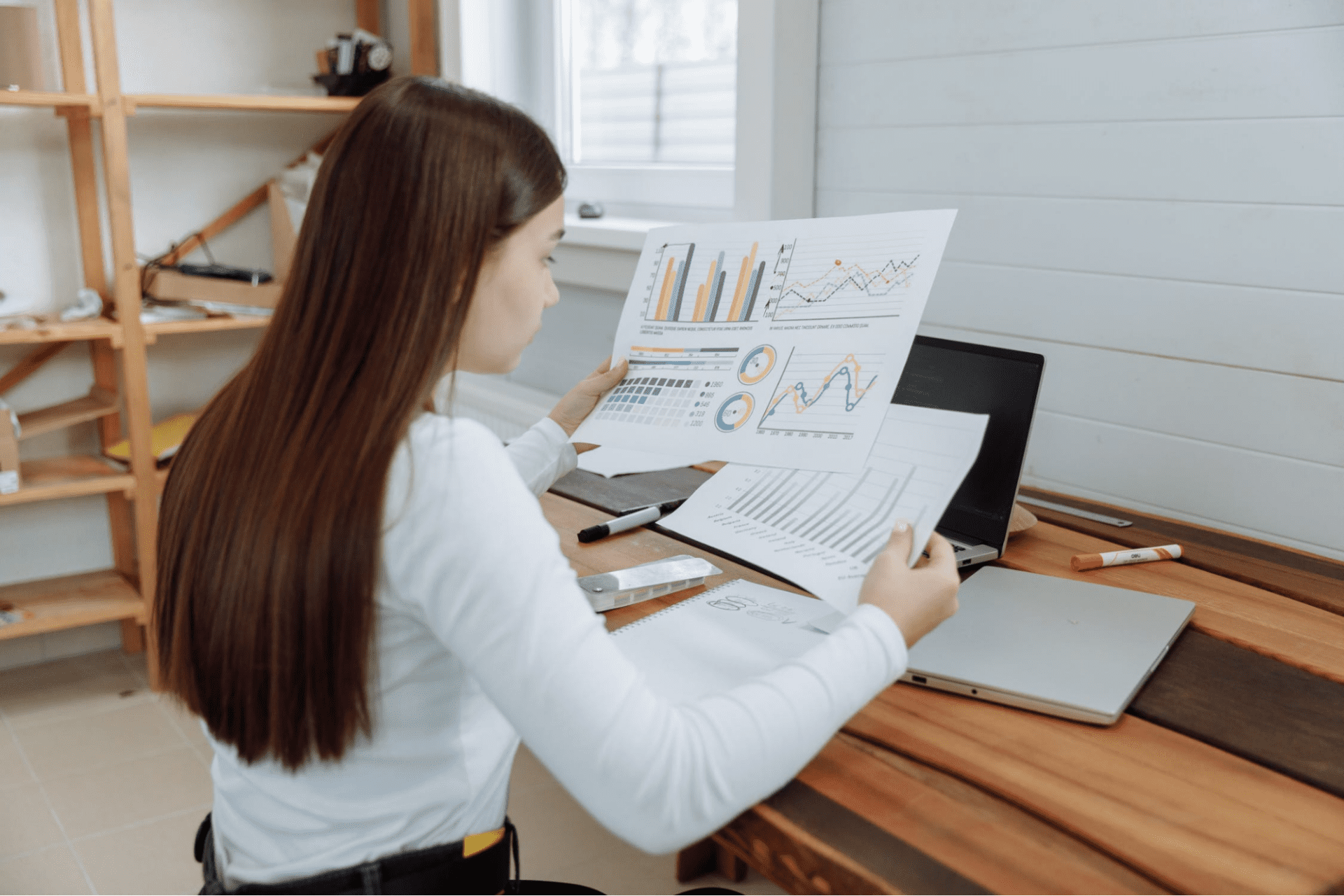 How To Calculate Work Hours: A Guide For Managers

Learning how to calculate work hours is essential for all managers. In this article, we discuss the five steps necessary... 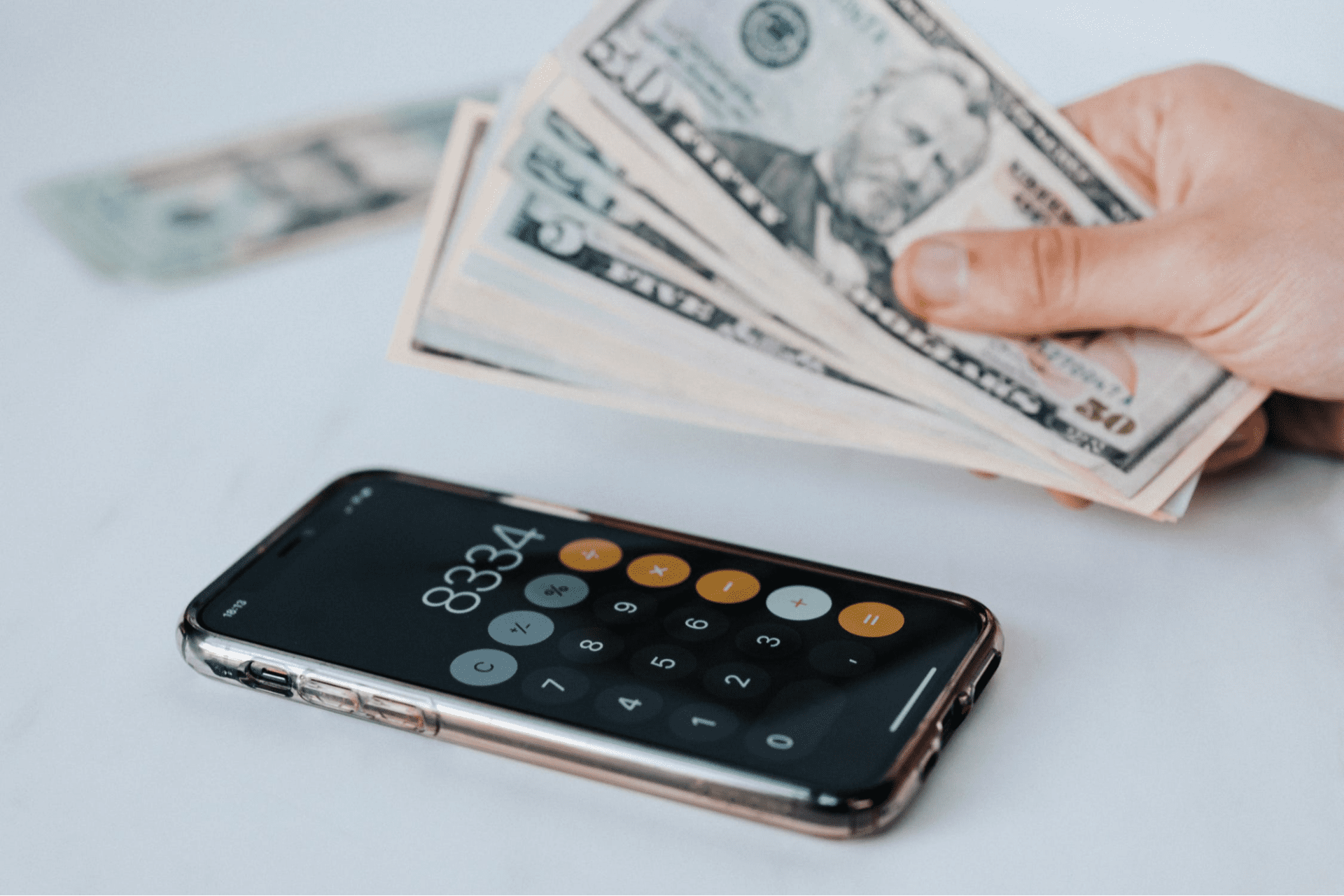 Employee Communication: What It Is And How To Improve It

Lay a foundation of success in your business with strong employee communication. In this article, we discuss tips to help... 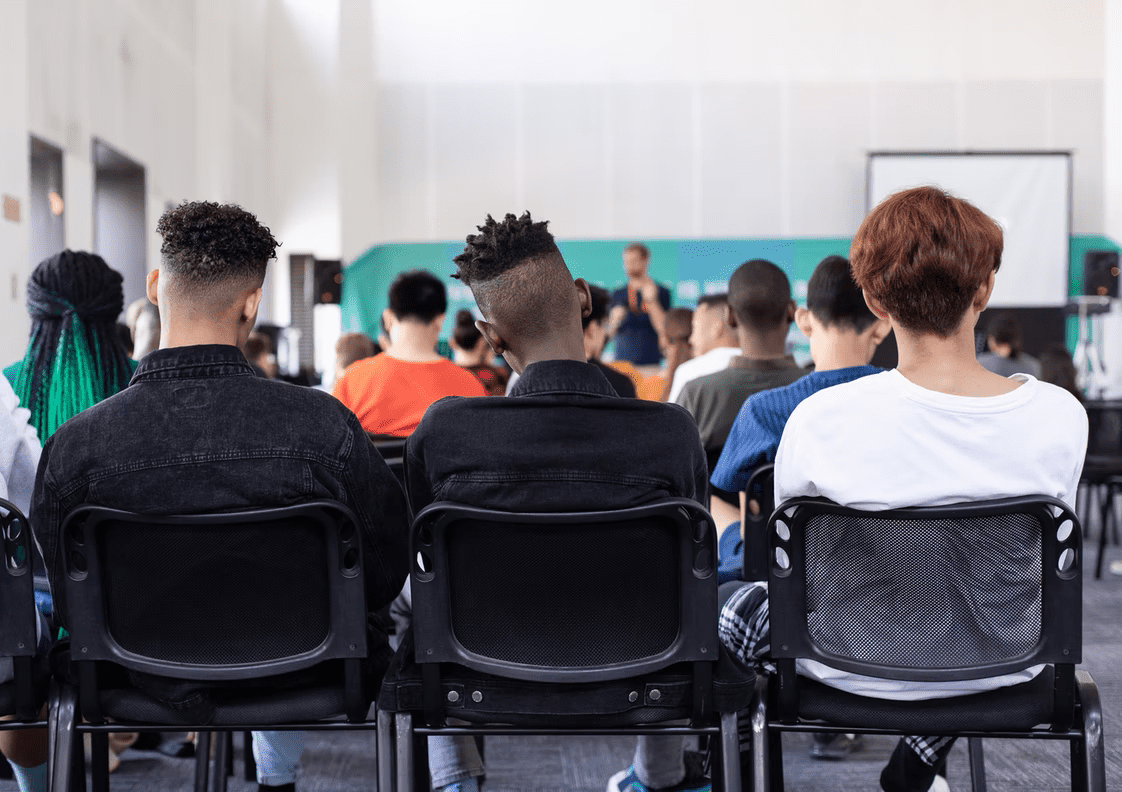 How To Select The Best Employee Management Software

Employee management software can help you set your business on the road to success. In this article, we discuss what to... 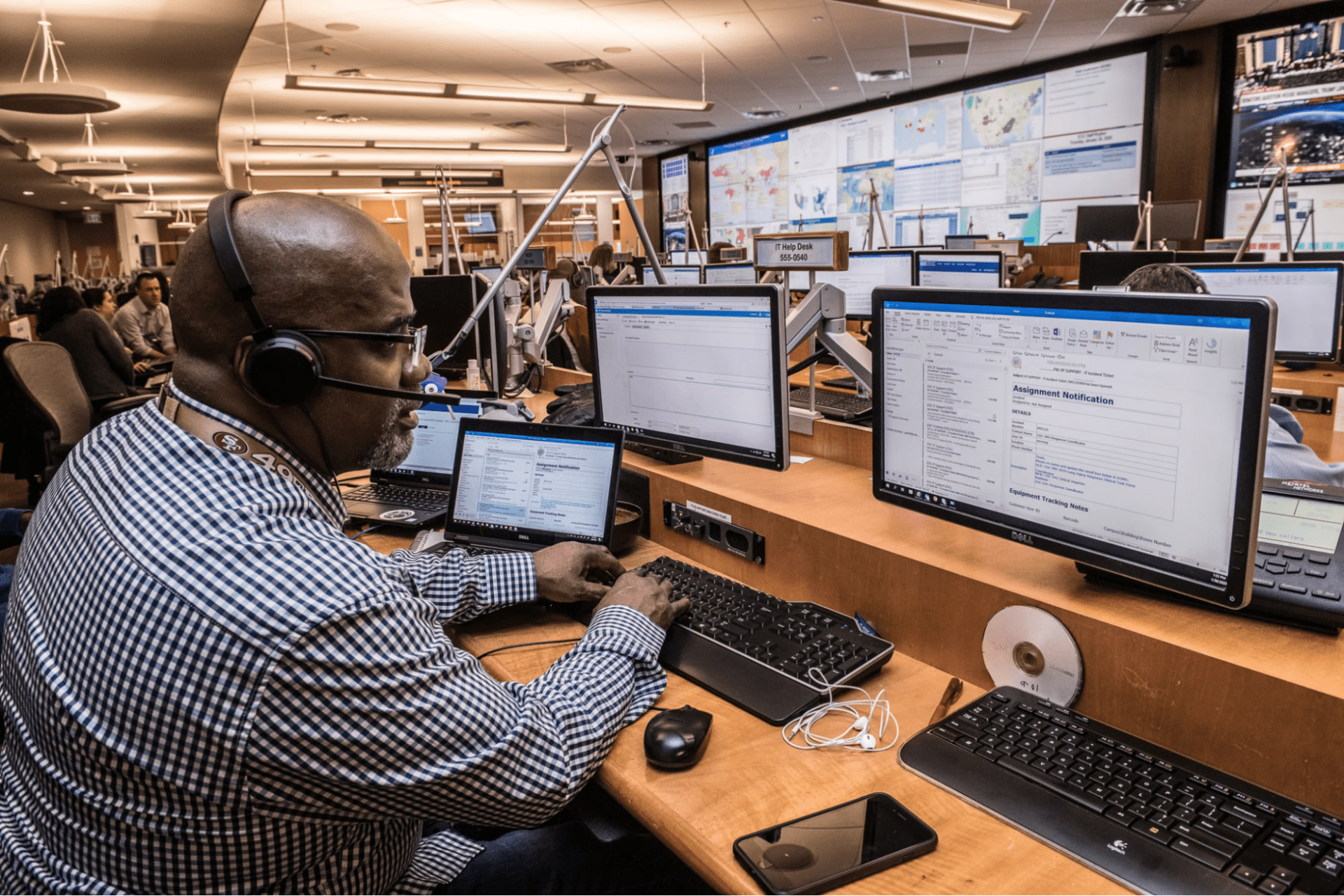 What Is Workforce Management Software And Why Do You Need It?

Workforce management software has made life easier over the past decade with the introduction of the cloud and... 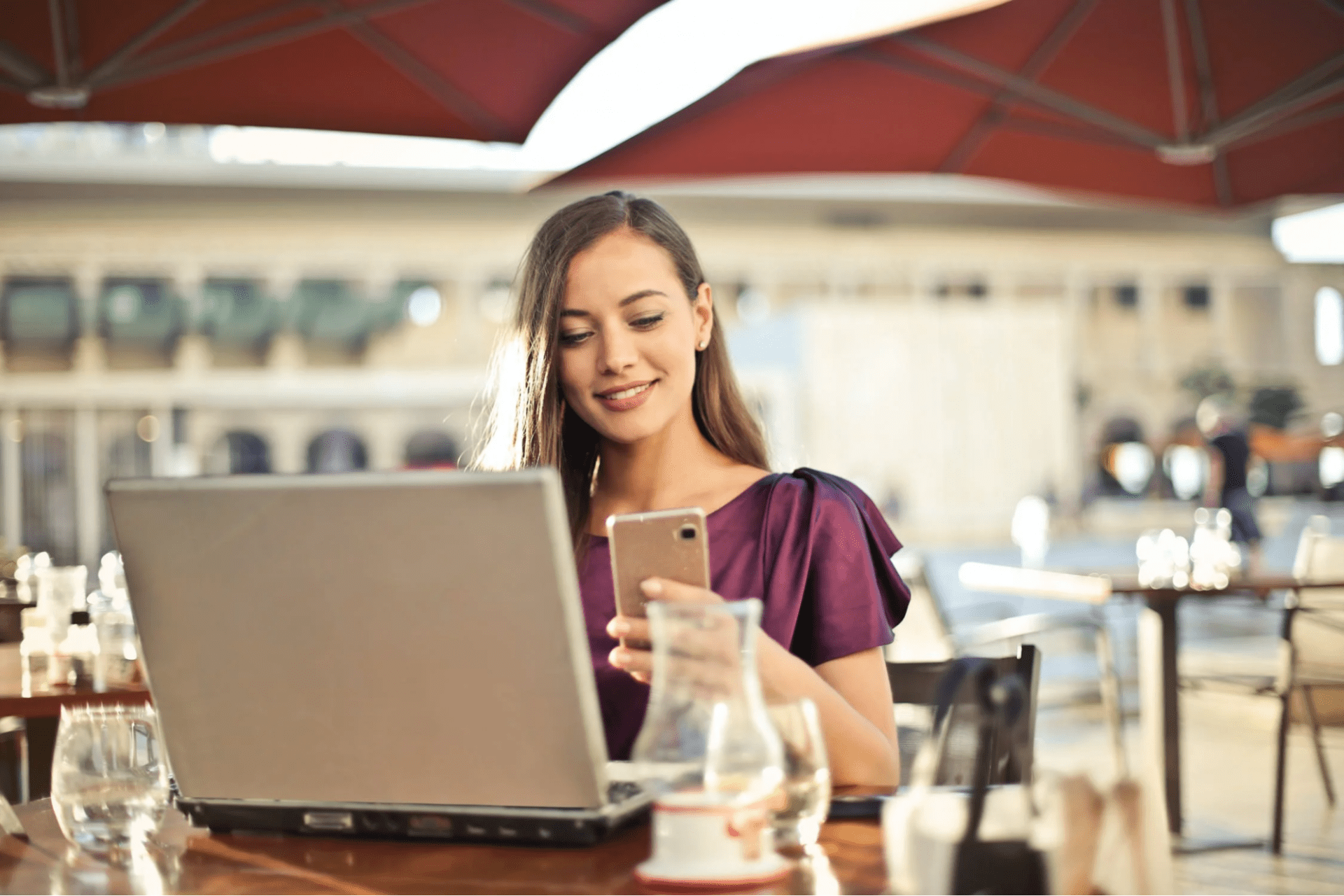 In the early 2000s, workforce management referred to a broad category of business activity — what we now call human...

Save countless hours scheduling employees while controlling quality of their work and reducing cost of labor.

Get Inch – a free work management tool that can help resolve accountability issues! 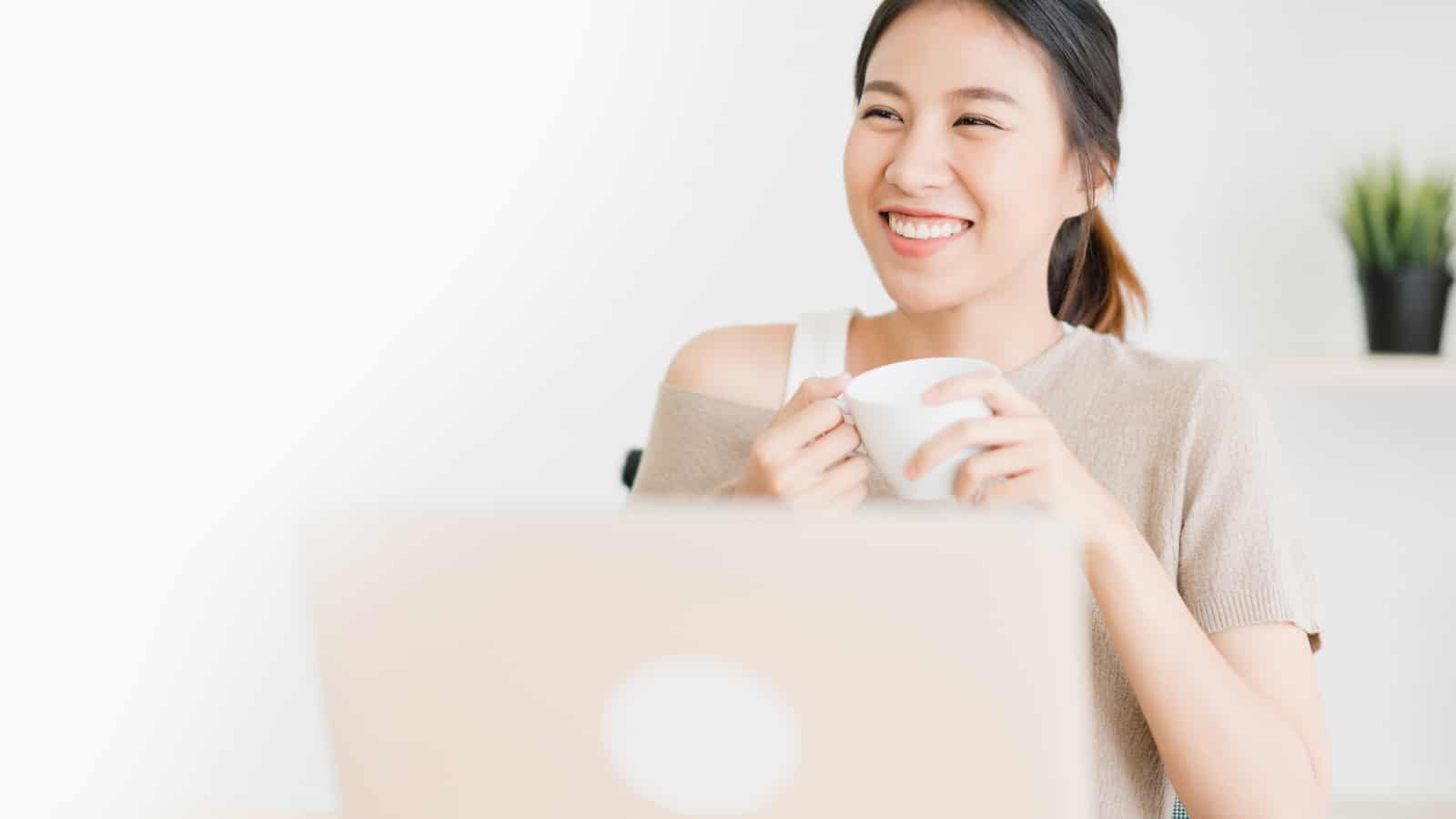